Want to see all the sexy, sexy artwork we've made for Bad Dragon, or post up your own? Take a look in here!
Forum rules
Post Reply
311 posts

The one with the bottle cap is my entry , the others are just more camera shots

It is an abstract Bunker 69 , with my reptile thing wearing a torn up bunker 69 shirt on one arm ,

Wearing a non-secretive undergarment, He justs wants the D leave him alone..

I put little squid tentacles around and a flint cause I can , its a cameo appearance 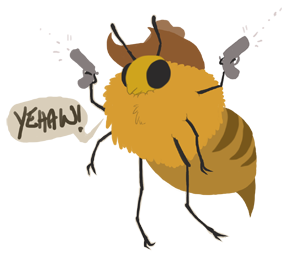 do you have a high rez of this lol.. i need this
Top

dasadevil wrote:do you have a high rez of this lol.. i need this

Yes. You'll need to PM me an email address to send it too. I also have a version where I corrected her woeful lack of comedic effect cowboy boots.

Kira- Your character has the best love seat known to man.
Top

Here is my art submission.

Needle felted duke with his collection of bottle caps.

But seriously this thread is awesome!!! I love the fact some one made a plush too!! That's awesome!! I hope there is variation in what people choose to use! 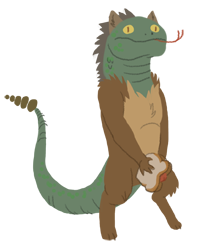 That little face, it's too cute! You somehow drew a post nuclear rattlesnake coyote dna spliced mutant creature making a "sausage sandwich" that is charming and funny, that's amazing.

Wow, and wolfstardobe's really adorable felt sculpture, and all the dukacola entries, this contest is turning out to be such a cute nuclear wasteland!

Bas needs some credit for actually knowing what Roland looks like. I just drew a very confused snake-dog-thing demonstrating his undying love for baked goods.

Best love seat in this business

Needle felting is my favorite medium by far. Even if it does take hours of poking wool into shapes lol.

silvring wrote:Bas needs some credit for actually knowing what Roland looks like. I just drew a very confused snake-dog-thing demonstrating his undying love for baked goods.

Don't let him need the pies.

"Don't drop a nuke, have a Duke" !
#dragontechart

Phelvia wrote:Might digitize this later during the week but had fun drawing this

Phelvia wrote:Might digitize this later during the week but had fun drawing this

I think it's great, traditional art always has so much texture to it! I love your slogan it's amazing!

Haha! Thanks for the compliment, I tried

This is an awesome slogan! Your Rattleyote is great!

This is my entry, a retro Duka Cola ad/poster. I don't know too much about BD or FO but this is what I came up with after some Googling :P

Iimagine tons of these put up all over buildings before everyone was herded into the bunkers. The flavors' names are based off of radiation types: Alpha, Beta, Gamma, Neutron, Quantum, and Ultra. Each one has its own unique taste, achieved with a blend of natural and artificial fruits and other ingredients. And though it says "radiation free" on the wrapper, it was secretly another way of experimenting the effects of slight exposure to radiation on people done by the government before things went south.
The Classic Duka Cola bottle is more red/orange, not to be confused with the pink-ish Alpha version! Also, each bottlecap has a picture of a Bad Dragon character on the inner part. Some people attempted to collect them all but nobody is sure how many there are in total~

I might make more entries later, if time allows, but if only one picture can be submitted then this is it. The others will just be fan art, I guess (:
It's nice to feel important but it's more important to be nice! ッ
Top

I know the label is wrong, but I've spent far too long on this at this point to want to go back and change it

The text at the bottom is really just a filler, and it's the information from the product page, I hope that's okay?

Users browsing this forum: No registered users and 4 guests