Harbenz wrote:
And, you know, the BD YouTube channel is a meme itself


When you don't have money to buy dicks and stare at the BD store like:

Currently trying to start my own toybox. And figuring out a place to hide it...

I keep forgetting to post this gem but now I finally remembered! And now I can finally ask:
Have any of you ever felt this way while driving home to your toys? But when no one's looking and it's time to open the package? OH YEAH I can feel the excitement like it's Christmas morning

CakeLurker wrote:I keep forgetting to post this gem but now I finally remembered! And now I can finally ask:
Have any of you ever felt this way while driving home to your toys?

Yup. I take the buss, but other than that, identical.

"Take the knot. Take the barbs. Take it now while it is hard." -Futret, Take the Knot [Varkas lament]
Top

CakeLurker wrote:I keep forgetting to post this gem but now I finally remembered! And now I can finally ask:
Have any of you ever felt this way while driving home to your toys?

I love this! This reminds me of a similar situation I was in last week. My uncle asked me to paint and caulk parts of his house with pay. After working for a couple of days and the hours start to drag on, I was losing motivation. Literally, the thought that boosted my energy was thinking about how the money my uncle was going to pay me would get me one step closer to getting my first toy.

Currently trying to start my own toybox. And figuring out a place to hide it...

Finding out there's an entire community that is not only as depraved as you are, but in many cases, even more perverse and disturbing to associate with.

LittleZeroThatCould wrote:Finding out there's an entire community that is not only as depraved as you are, but in many cases, even more perverse and disturbing to associate with.

I'm more curious about the word choice of calling people here "depraved" or "disturbing to associate with". Like...the definition of depraved means morally corrupt/wicked according to the dictionary (and what I get the impression of via the word). When I hear the word I think of zoophilia or other illegal things people do.

And not to mention that I have weird sex toys and I'm not "disturbing to associate with" nor are probably a lot of people here. Most people here are likely average humans that just have odd sex toys and lead normal lives and associate with lots of people. Whether those people know they have sex toys or not doesn't matter, the implication I got from the post I got was "if you have BD toys you're depraved and no normal person would want to be around you". Like...I've read a lot of posts here where people get called fucked up, depraved, need to get rid of their toys, and getting kicked out over this stuff...so I don't think calling the community you're a part of "depraved" is really the best thing you can say.

Like..sure I buy BD toys, so yeah I guess I'm biased because I don't see buying sex toys as a depraved thing. But I don't think many people here would say it's depraved either, however...outside the sex positive community here...yeah I could see the word being tossed around.
Top

I havent had that problem.

well maybe with XL Stan, Scorn and Sleipnir but I find them to be a challenge.

Lol only challenge i have is the last 2 inches of slepnir and like the last 3 of stan, wish my stan was a soft firmness
Top

Fruityrumpusasshole wrote:I read it more as a making fun of yourself thing. Like "haha wow this is weird, and I've always thought of myself and my kinks as grotesque (due to society/self consciousness/whatever) but there are other people like me, even more so even!"

But idk. Maybe that's just projection on my part

I'm someone who uses self-deprecation in my humor and my coping mechanisms so that's exactly how I personally read it. It seems like OP was trying to be celebratory of feeling connected to a group of people who share similar interests they have otherwise been criticized or felt/been ostracized for. I don't think they meant any offense by it. 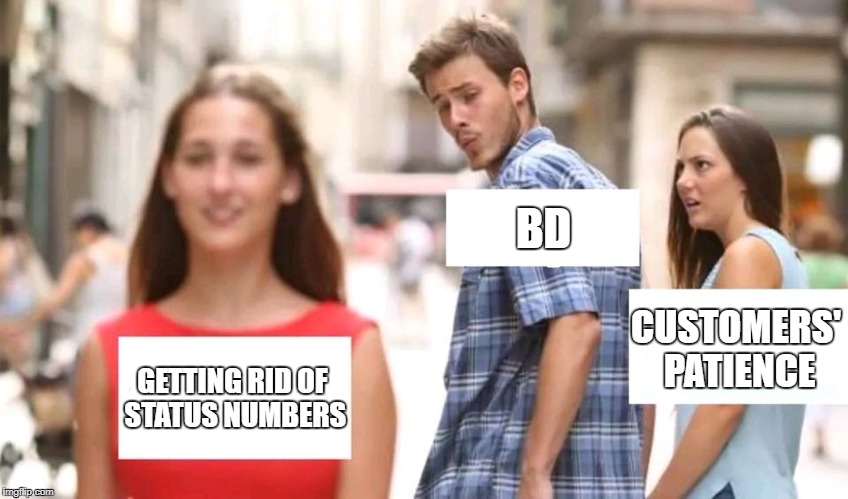 Saw the new spring color pictures and this immediately came to mind...

when your new XL toy arrives

Not much of a meme I guess but still: 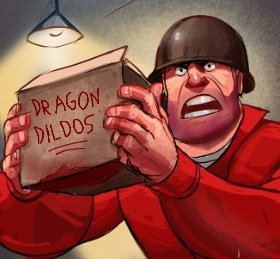 TFW somebody else practically SWALLOWS up a toy that you couldn't conquer.

And their naughty bits look similar to yours, but the toy looks tiny compared to their body while it's gigantic compared to you, so you're just sitting there being thrown for a loop like:

And for even more confusion: They can fit the whole thing in all the way to the base.

whenever I visit the BD subreddit or the tag on tumblr.
Top

Its rare for me, but i know exactly where your coming from. i not gonna lie it makes me a bit bitter when i see people conquer one the few toys in my collection that I have yet to conquer, Sleipnir specifically.
My collection
► Show Spoiler
XL:
Apollo 3
Axel 5
Bruiser 5
Chance 3/8
Chance 8
Chance Flared
Clayton 8
Cole 3
Crackers 5
Crash 5
David 8
Dexter 8
Diego 8
Echo 8
Flint 5
Gryphon 3
Jason 5
Moko 5/8
Nova 5
Nox 5
Pearce 8
Rex 5
Roland 5
Sleipnir 5
Scorn 5
Tucker 3/8
Terra 8
Stan 5/8
Vergil 8
Xar 5/8
Zaratan 3 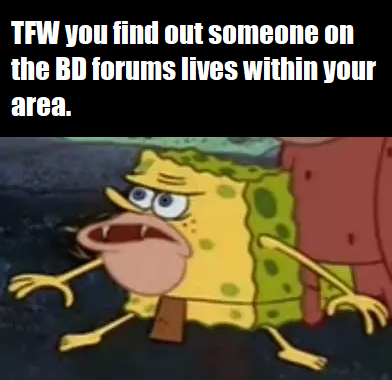 Seriously, I'm always surprised whenever I see that someone else lives in my area, or at least state lol.

also this thread had no update for like a month, please don't let it die
Top
Post Reply
57 posts

Users browsing this forum: No registered users and 23 guests