Am I pushing my limits?

Do you have a question about firmness? Wondering how to take the knot? This is the place to seek your answers from other Forum users and customers!
PLEASE NOTE that if you require a reply from a Staff member, you will need to send in a support ticket! Visit help.bad-dragon.com for more information.
Forum rules
Post Reply
5 posts • Page 1 of 1

Am I pushing my limits?

So I started with a small Echo, realized it was too plain, went to a Small Austin and felt the knot was great, but the rest was lacking.

To give you some background, I'm male and have only been dabbling in this stuff for a year or so. When I first started the knot on the small Austin I thought was my max until I realized I could go longer, and wider. This may sound weird, but I can now fit both the Austin and Echo at the same time with a little work and a little discomfort. Though, I really like the full feeling I get from it.

Do you think the medium Unflared Chance I just ordered will be too much? I've never tried something that wide or long. What kind of experience would I expect?
Top

Sorry that I can't give better advice, but it really is a trial and error experience. If it doesn't work out, my suggestion would be to simply keep trying, or try buying a toy that tapers, like Crackers. I have a Xar that took me over a year to tame, and even today, I can only just barely take it, and only on a "good" day. Good luck with your new toy though!
Ovipositor and egg laying enthusiast. Princess by day, knotty at night.
My toys:
► Show Spoiler
Rex XL
Fenrir XL
Nova L
Austin L
Xar XL
Full non-BD toys listed in my profile.
Top

Pushing limits in a good or bad way? reminds me of my experience!

Firmness can also play a major role too. All of my insertables are in medium firmness. I have a large Alto from TTC that is in their slightly denser medium firmness and although his shaft is slightly thinner than Diego's knot, he's a lot harder to take. Like MachineDoll mentioned, I need a "good day" to take him. I guess large knots and large shafts are totally different beasts!

So yeah, go for it if that's what you want. I agree with MachineDoll in it being sort of a guessing game, but I think you can take a medium Chance.
I hope this little rambling helps!
Collection:
► Show Spoiler
Small/5 |Austin| in Natural!

Large/5 |Diego the Direwolf| in Natural

If you can take both at the same time, probably you can take +8" in circumference, Chance is just 6". Feels more thin than it looks on paper, keep in mind that the measures are at the wider points, and the actual shaft is much thin. On length you are served for sure, and a head like that with this measures is a fair challenge if you want to go deep (but if you can't then you'll need something tapered)
Resistance is futile.
► Show Spoiler 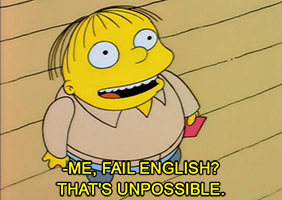 So through the clearance drop I managed to land a medium unflared chance. Can't wait to give it a try!!!
Top
Post Reply
5 posts • Page 1 of 1

Return to “Community Help and FAQs”

Users browsing this forum: No registered users and 14 guests